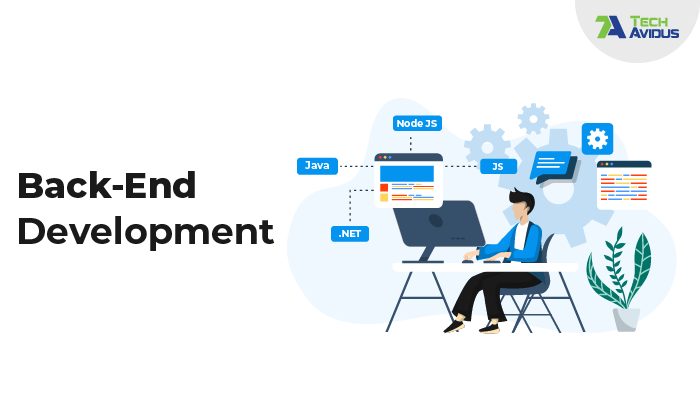 Internet is super exciting. A lot of stuff happens when as user you make a request to URL, lots of code is at work to bring a page requested by you. What connects actually your App’s database to the browser? That’s the program built by server-side scripts; Server-side language build your site behind the scenes. The goal of the server-side language is to provide a smooth experience for a user.

Let’s take A LOOK AT YOUR WEBSITE’S BACK END

The back end is made up of three parts: the server, the database, APIs, and a back-end web application written using server-side languages.

The backend web developers use server-side scripting language to develop back-end application and this language in turn communicates between user, server, and database. Anything that is explicitly written goes into the text markup of a website which is the front-end or back-end software.

When user request an Edit, delete and update (For Example, the fields in menus, photos, or user passwords) in database, they are delivered via server-side scripts that create a channel between server and a user. In the browser, front end scripts like JavaScript, Angular, react make that information available to the user.

They runs on a server, embedded in the site’s code

Build application programming interfaces (APIs) that can be used to control data and software with numerous apps.

How it functions?  For example, if database is a website’s library. Server-side scripting processes are what the user can view through the server, to locate a particular book, chapter, page, or a particular sentence and sending back the required information back to browser in a smooth, fast and seamless way.

This is possible because of the server-side programming languages and middle ware your back-end developer codes to create a customized path from site to database. Information for your site resides on the server until it’s requested, which makes your site both fast and secure.

…AND THEIR SERVER-SIDE FRAMEWORKS

Express.js & Koa: These JavaScript-powered middle-ware frameworks work on top of the Node.js development environment and control the flow of information on the back end of a site.

Whatever business problem you have, we have the Back-End solutions to help.

I need help with…